Crucial Steps To Fight Back Against Human Trafficking

Globalization has created a large international marketplace where traffickers exploit vulnerable women and children who lack access to legal employment opportunities or financial independence. Traffickers often target minors and send them abroad, forcing them into sexual slavery. Many victims of Human Trafficking live locked away from their families and society. They are forced to endure extreme conditions and suffer abuse at the hands of their captors. 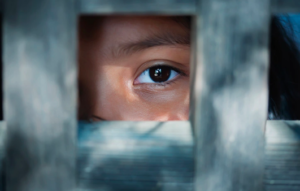 Human trafficking is a global crisis that affects millions of individuals every year. According to the United Nations Office on Drugs and Crime (UNODC) report in 2017, over half a million persons are trafficked globally each day. The issue is becoming worse because of globalization and increased demand for commercial sex services.

In many countries across the world, trafficking takes place behind closed doors, while others are openly advertised on the internet. A lot of men travel overseas to look for work but end up being tricked by traffickers into taking part in illegal activities such as prostitution. In fact, about 80% of all human trafficking cases involve people seeking employment within another country. The UNODC also states that between 2010 and 2012, the number of people trafficked each year increased by almost 50%. Between 2016 and 2018, this trend continued with an increase of 30%. This shows how quickly the problem has grown since it was first identified as a serious social and health concern.

Mounting a Resistance To Human Trafficking

To fight back against trafficking, the UNODC urges governments to adopt legislation that addresses its root causes, such as providing access to safe shelter, economic opportunity, and health care. In addition, countries should address their domestic laws regarding child labor and gender equality. Furthermore, they should strengthen their efforts to combat organized crime and corruption. Countries must also provide greater support to law enforcement agencies, develop victim-friendly policies, and ensure survivors receive quality rehabilitation services.

A Call to Action

Taking a step back, we can see that the prevalence of trafficking has become more widespread than ever before. We need to take action to help stop this epidemic by developing effective strategies to end modern slavery. If your community wants to protect its residents from the harms of human trafficking, then you may want to contact us today!

The following links will help give you further information:

How To Fight Human Trafficking Close To Home

Some necessary steps that anyone who cares about ending human trafficking can take include:

If you live or own property in any state, you’ll have to abide by local rules related to prostitution. You may be charged if you hire someone to engage in prostitution or you could face fines or imprisonment. However, some states allow for the legalization of brothels and other sexual establishments. These establishments are regulated by the state government so make sure to check beforehand.

2. Educate Yourself About Human Trafficking

You’re not alone if you don’t know much about trafficking. But even when you do know what happens in human trafficking, there are still things you can do to prevent it from happening nearby. For example, you could educate yourself on what signs to look out for while shopping at stores and doing online searches for goods from third-world countries. Or even knowing where scam invites and promises are prevalent, the likes of shady websites for fake online casinos, employment advances, etc. By knowing these things, you might be able to spot potential situations or customers that could be victims of human trafficking.

3. Speak Out Against It

Trafficking is happening around the world—so let people know. Talk to friends, family members, co-workers, neighbors, and even people you meet during grocery store runs. Tell them what you’ve learned about human trafficking and ask for their thoughts and opinions. Being informed helps keep other people safer. Plus, sharing knowledge provides the chance to create change.

There are many organizations and groups working towards fighting human trafficking. Some of these include The International Justice Mission, Polaris Project, the National Center for Missing & Exploited Children, and the National Sex Trafficking Resource Center. Donating money or time to anti-trafficking work allows these groups to focus on helping those affected by human trafficking.

The Bottom Line – Help Other Victims

Everyone deserves the right to freedom and safety. That means no one needs to sell themselves into slavery because of poverty or abuse. If you think you see an individual or group being trafficked, you can call 911 immediately. There are also ways to get involved with international rescue operations. This includes donating supplies, clothing, and medicine. You could also volunteer as a translator, social worker, or advocate for trafficking victims. As long as they need your help, all of these efforts will make a difference.